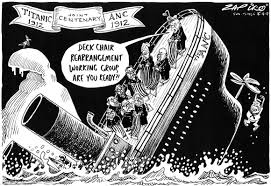 e Tories are ‘ rearranging the deck chairs on the Titanic’ . We need a lifeboat and a change in the direction of travel

Despite the media image of  Theresa May as a “safe pair of hands”,  all we have seen so far is a set of incoherent and disastrous policy moves:

The idea that an increase in grammar schools will improve educational attainment and address inequality is a damaging distraction. Grammar schools were not responsible for the increased social mobility in the post war decades. The entry of  working class school leavers into universities and professional occupations was  far more to do with the changing nature of the labour market, with an increase in non manual jobs and a sharp decline in manufacturing. The expansion of public services and the welfare state was also an important factor, reflecting a demand  and an expectation that a better and more equal society was both desirable and achievable, and that there must never be a return to the depression of the 1930’s which had led to world war.

Grammar schools will do nothing to address inequality. On the contrary parents with money are likely to feel even more pressured than they already are to pay for private tuition in order to give their children an advantage. The government is claiming that it will take measures to ensure that ‘disadvantaged  children’ have access to these new schools. Quite how this is to be achieved is far from clear. The only definition of ‘disadvantaged children ‘ that the government uses at present is those in receipt of free school meals ( why ? ) Ironically this excludes children living in low income ‘ hard working families’ with a parent  receiving Working Tax Credits ( WTC) Families receiving WTC are not eligible for free school meals! Does the Prime Minister even know this ?

Overall figures for exam success in those parts of England, such as Kent, where grammar schools still exist are worse than elsewhere. So, the initiative is unlikely to be a success even when the only measure of quality is exam results – which the Green Party does not believe.

Theresa May: “I want every child to have the chance to go to a good school”. Can you imagine the Tories saying this, without the words “have the chance to”? This is exactly what they stand for, providing for the lucky few. A good school should not be a matter of “chance”. For the wealthy ones, the chance is already 100%.

The NHS and the junior doctors’ dispute

The NHS seems no more safe in May’s hands than it was in Cameron’s. To say her government is “fiddling while Rome burns” is an understatement. They are fanning the flames.  Its response to a chronically underfunded health service is to pretend that the problem can be solved by dumping on Junior Doctors, who perform an absolutely crucial role and who make the point that an underfunded five day service ( with proper care continuing at weekends) cannot be turned into a  seven day service without a massive injection of resources. Junior Doctors know that they can’t work any harder than they do already and the Green Party knows that it is them and not the government who are telling the truth about the NHS.

Perhaps the government’s biggest dereliction of duty is its failure to adequately address the issue of climate change and its consequences. The climate change deniers are now totally discredited and, like all governments, ours has stated its commitment to reducing carbon emissions. But one of May’s first moves was to close the Department of Energy and Climate Change.  Programmes aimed at combatting climate change – promoting  a complete change to renewable energy generation and insulating homes and other buildings, which would dramatically reduce energy demand – have had their funding cut. Instead we are to have expensive and dangerous nuclear power stations. Unacceptably high prices are often used as an argument against promoting renewables, but apparently not against nuclear. The National Audit Office reckons that the implied “subsidy” – the difference between the guaranteed price to the generating company and wholesale rates that is ultimately borne by customers – will eventually amount to £30bn. And, while the cost of generating renewable energy is already falling, the subsidy will be locked in for decades.

Meanwhile having held a referendum on whether to remain in or leave the European Union the government doesn’t appear to have properly considered the consequences of a leave vote. Unable to agree a common position in advance of the vote those ministers in favour of leaving appear anxious to row back from promises made about more money being available for public services ( the NHS in particular) and better employment prospects for UK nationals whilst there is a general ‘ fingers crossed’ attitude, hoping that ‘ the markets’ don’t punish the UK for Brexit. There is a desperate need for a strategy, and for  a commitment to ensuring that the economy doesn’t crash and that the social and environmental protections that EU membership offers are maintained and  expanded rather than abandoned in a ‘ race to the bottom’ .

How can we get rid of a government which refuses to take the measures needed to address our triple crisis  (economic, social and ecological) and which appears to have no plan for Brexit ?  The Green Party  knows that a large part of the problem is our unrepresentative electoral system ( the government has the support of less than a quarter of the electorate) and division among the opponents to its left. We have suggested to other party leaders that we discuss a possible Progressive Alliance, embracing The Green Party, Labour and the Liberal Democrats, as well as Plaid Cymru in Wales. Such an alliance would aim to come to an agreement not to compete against each other for votes, at least in marginal seats, in the hope that it would win a majority in Parliament, perhaps with the support of the SNP in Scotland. Such  a government could take some immediate measures to address the triple crisis, would commit itself to negotiate Brexit on reasonable and achievable terms  and would legislate for a more representative electoral system based on proportional representation. We are hoping for a positive response, perhaps after Labour has completed its divisive leadership conflict at the end of the month.

A Progressive Alliance could offer a lifeboat for an electorate in distress and could begin a new direction of travel towards a more equal and more sustainable economy and society. Time is running out. It is a journey that we need to start now. 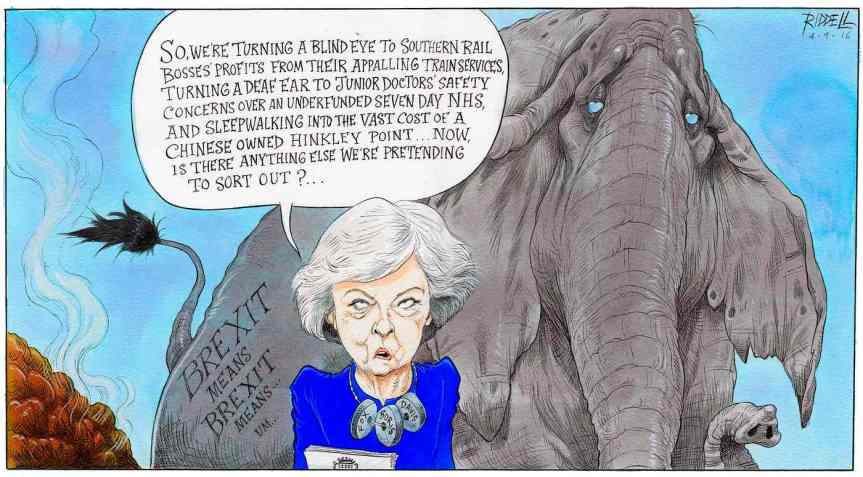