The Green Party has been in the spotlight more and more in recent months. Nationally we have seen our leader on Question Time, Big Questions and BBC radio. Caroline Lucas and Natalie Bennett have written for The Guardian. We have heard a breadth of topics discussed from economics, to fracking, privatization to flood defense, welfare and benefits to population, climate change and the living wage. Nearer to home our profile is shining too. We in Midlands are getting some very positive press.  I mention only a couple of highlights. The title of this piece is inspired by an article written in the Nottingham Post, 17th April ’13, entitled ‘Party of the Future’ in which Arnold North candidate Jim Norris was interviewed. In recent poll in which people focus on looking at policies, Green Party policies have been coming out as the public favourite. This is based on policies people want most, rather than choice based on the false perception there are only two / three political parties to choose from. As Jim Norris is quoted as saying in Nottingham Post “We are standing as an alternative to the three main parties and one which actually is thinking about the future and being sustainable. People have been receptive to what we are saying.”

We are the party facing the future. For a swelling volume of people, there is an exciting and much-needed shift towards democracy and choice which opens up possibilities. In Northampton, independent candidate Tony Clarke has joined The Green Party and now locally campaigns with us under an “INDEPENDENT GREEN’ banner, standing at the election as a Green Party candidate. Increasingly Labour representatives and activists alike have been shifting allegiance to the Green Party. Former Labour leader of Worcester City Council and Party Chairman David Barlow joined the Green Party. In his company is former Worcester Labour Party Chairman and Councillor, Peter Nielsen. On 29th April Worcester News reported  Barlow saying “The Green Party offers exactly the kind of credible, progressive policies which I have always supported and from which the Labour Party has drifted away.”

Greens are a party growing, sometimes slowly, sometimes with great energy, always with determination and rooted values. A much repeated sentiment is that the Green Party is the party with ethical action and morality at its core.  This has been said by those who were once staunch supporters of other parties. Our stance on alternatives to austerity and our at present lone political voice in the fight against climate change and destruction of environment are among other common praise. Councillor Richard Mallander and candidate Katharina Bottege have spoken publicly about HS2, Kat also recently on local radio interviewed about the plastic bag tax. We have been photographed as we joined and helped steward local protests against the horrors of the bedroom tax.  Our striving towards equality is much noted, our commitment to a fair 50% of our candidates being women for example, is not going unnoticed when it stands alongside the other parties recent 21-30% women candidates. It is our action on the ground, in communities, that gains applause too. It also raises awareness of what we, as a party rooted in our communities, could achieve with more representation and more people choosing a party with the fair policies they want most, instead of choosing what they hate least.

In that shift away from putting up with complacency former Labour Party Chairman and Councillor  Peter Nielsen is reported in Worcester News on 29th April ’13 as saying : “The Green Party has the ethical and moral dimension that has been lost in our traditional political parties, in particular the Labour Party. The Green Party sees environmental sustainability and social justice as inseparable. It is now 40 years old, and has matured into an impressive and credible political organisation that I am happy to join and in which I feel completely at home.”

So folks, voting cards at the ready, they are a ticket to the future. May 2nd is the next stop on the journey.

Natalie Bennett, Green Party leader and former chair of Green Party Women, recently said: “The Green Party has consistently led the way compared to the other large parties in the percentage of women standing for elected office.  In the 2010 general election we had 33% female candidates, compared to Labour’s 30%, the Conservative’s 24% and the Liberal Democrat’s 21%.” Always pushing forward, The Green Party of England and Wales has now committed to a fair 50% or more of our candidates being women, in order to redress the imbalance in Parliament and the broader political and social arenas. I want to reflect upon the fact that other parties – the same parties this week heralding an aggressive, agentic and uncompromising leader as the way for a woman to be in power, are the least supportive of further woman candidates. In the news this week we are hearing a great deal about one woman who climbed the political ladder. News reporters, asked to respectfully refrain from criticism, have allowed instead a very one-sided, glorifying and blinkered idea of her policies and put Vaseline on the eyes who seek to see how those policies affect us today. They are also failing to ask a vital question as to where other women of politics are. We will leave controversial critique of her policies for another time, it would take too many posts!

This post is about many political women, not one. These women of the Green political movement of today and of its seeding and growing this past 40 years, include party founders and leaders, activists and our first voice in Westminster. These are the women of the ‘there is an alternative’ movement. These are the women at the front of the movements of social justice, environmental protection, sustainable economics, peace-building and hope.  I would like to introduce just some of these women who have changed the face of the political world for the better.

Click on each photo to find out more and to add your own thoughts and stories. – 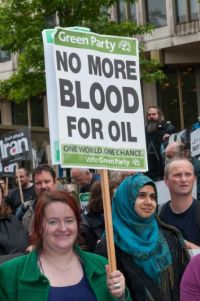 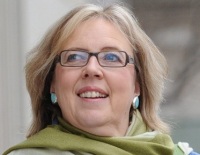 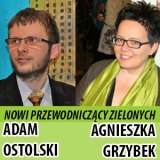 We offer some UK and international images and stories of women involved in the last 40 years of Green Politics. Some of these women have given lives and liberty, all have given integrity, intelligence, strength and vision. Sarah Cope, present Chair of Green Party Women: “Women in the UK are now facing a ‘triple jeopardy’ in terms of austerity. Firstly, increasing unemployment, as women’s employment is heavily focused on the public sector. Secondly, loss of income: over 70% of government cuts to date have come from women’s pockets. Add to this cuts to legal, domestic abuse services, caring and childcare support.” It becomes clear that we need more women representatives of the right kind, for fairness and perspective. The women pictured above and below are among the true women leaders in politics: 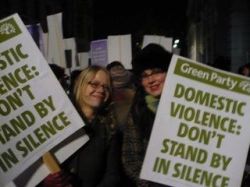 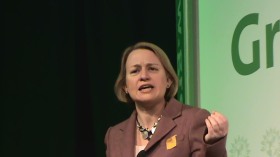 Click on these photographs to find the stories behind them and add your own experiences.

These women are not limited to but include (in no particular order):

Last month was Women’s History month. In a World in which women are often one of the under-represented groups, let’s take a moment to refocus on the inspirational, history making women in the Green Movement. They form part of a rich, vital and growing movement involved in social justice,  environmental protection, peace work and human rights.  As men and women of the Green movement move forward together towards equality, with our vision of a resilient, sustainable future, let’s herald these women.

In the East Midlands Katharina Bottege stands as MEP. Her mother has also been a vital part of the Green political movement. For more information on Green Party policy for a fair 50% of candidates to be women, please see: